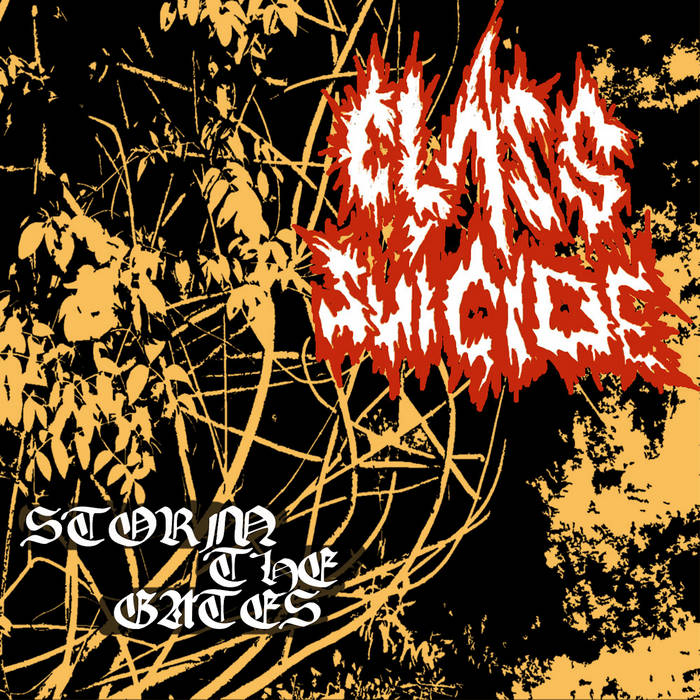 'Storm The Gates' is a collection of the essential Class Suicide tunes developed through 2003 to 2005. These tracks are the actual digital masters and not ripped from the CD release unlike all other versions available on the interwebs. The full album purchase also includes the only existing live recording of the band. The experimental vocal discordia is mixed with raw harmony and gang vocals. Creative and solid musicianship - intercourse to produce emotion of power and tenderness. This album is an artistic discourse of politics, examining personal struggles against capitalist integration and imperial domination. An original and innovative debut, sure to be a manifesto for future hardcore action!
Recorded in sessions in Aug '04 and Jan '05 what is captured is a more creative side to the band than what was known from their performances. All the tracks were captured live with a Mackie 808s running directly into a stereo input, whereby the discordant vocals were overdubbed on top at various stages. The sounds on this album etch themselves as a truly distinct DIY hardcore release because it was the band themselves that engineered the session and the gear for each session in completely makeshift studio settings. It is somewhat of a marvel of how the band was able to get the sound they did from a completely live recording (remember no multitrack!) Percussion was wretched from a completely dilapidated fourth-hand, 20 year old drum set with cracked cymbals that had to be tuned after each take! Guitars were mic'd from two small wrecked amps. Fortunately the band had at least 8 mics available at their disposal and a fairly decent mixer combination meaning that the whole kit could be mic's and panned and the some compression and effects could be run through the mix live. Post production was limited mainly to cleaning up the vocals and mastering the live mix as best as the producer Xenostate was able to achieve with good ol' Cool Edit Pro.

Class Suicide was a band that brought the heavy metal and punk rock sounds of Nairobi together for 2 brief chaotic years. A politically driven bunch of crusty fellows from far away (Nairobi, Kenya) Croe (guitars & vox) and Gearz (Bass), both formerly of the punk rock band Impish, joined forces with Adam (vox) and Kwame (percussion) who had been playing in heavy metal cover bands in late 2003. ... more

Bandcamp Daily  your guide to the world of Bandcamp

Serena Cherry debuts her black metal project, plus a Pick from the Crypt block from Svalbard